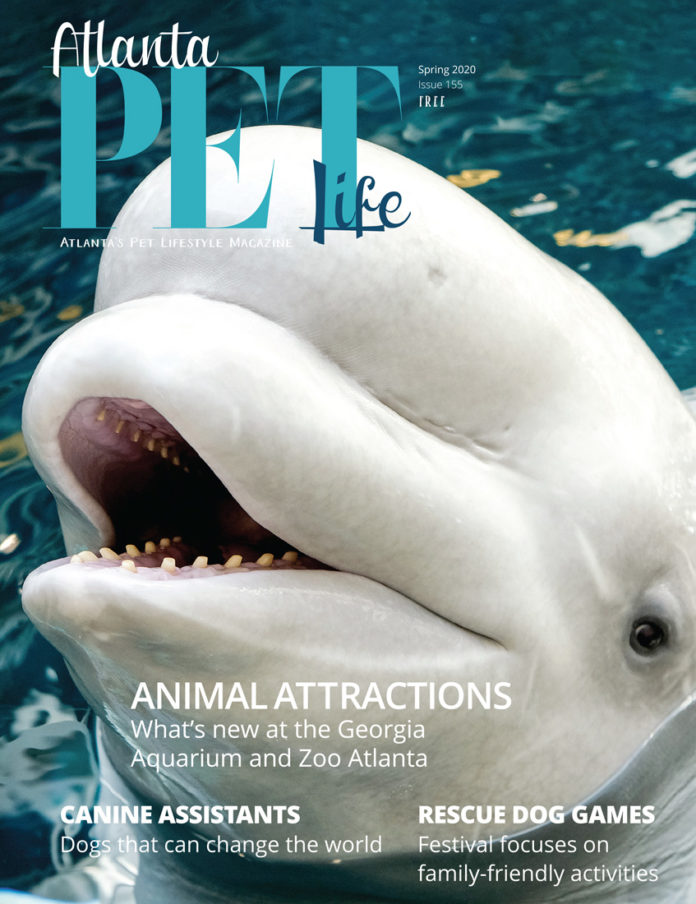 From sharks to southern white rhinos, here’s what’s new at the Georgia Aquarium and Zoo Atlanta

Lions and tigers and barracudas, oh my. In total, more than 3.5 million visitors file through the turnstiles at the Georgia Aquarium and Zoo Atlanta each year to witness a range of wildlife they’d normally have to travel to the Costa Rican rainforests, South African plains or other distant destinations to see. If you haven’t been to either attraction in a while, make plans for a return visit, as a lot of fun new stuff is in store. Here’s what you may have missed or what’s coming soon.

In operation since 1889, Zoo Atlanta began humbly when a traveling circus on its way to Marietta stalled out due to financial troubles. The small menagerie of animals left behind was purchased by a local businessman and donated to the city of Atlanta. The collection included a few pumas, lions, snakes and camels, with a hyena, elk, gazelle and raccoon thrown in for good measure. Today, some 220 species of animals are housed throughout the zoo’s 40-plus acres, and the list continues to expand.

One of the newest features is the African Savanna, where animals indigenous to that continent now have fancy new digs on the adjacent land formerly used to house the Cyclorama. (That massive, cylindrical painting of the Battle of Atlanta is now located at the Atlanta History Center in Buckhead.)

“That property had not originally been part of the zoo,” says Jennifer Mickelberg, Zoo Atlanta’s vice president of collections and conservation, “so this gave us an opportunity to build new and expanded habitats for African elephants, giraffes, zebras, ostriches, warthogs and meerkats, but especially the elephants. We had an opportunity to create a dramatically larger environment that we could plan specifically with elephants in mind. We had a great elephant program prior to the opening of this habitat, but the new complex gives us the ability to take our elephant program to an exciting new level.”

Among the enhancements for the elephants such as Msholo, an adult male that arrived from the San Diego Zoo Safari Park last July, are a large pond with 360-degree access, two waterfalls and a feeder activity enrichment wall on which staffers hide food for the elephants to find with their trunks. The floor of the new Zambezi Elephant Center features 3 feet of sand, which is easier on their feet and joints. The expanded warthog habitat includes two specially designed dens they can use for burrowing, and the meerkat complex has much more room for the “mob” to dig, patrol and forage.

In addition to better, larger living conditions for the animals, new experiences for visitors await as well at the African Savanna. 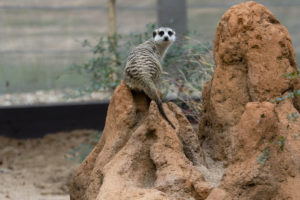 “The entire habitat has a redesigned interpretive experience focused on four main themes: Be the Animal, Be the Keeper, Be the Conservationist and Be the Change,” says Mickelberg. “The overarching theme of the interpretive experience is the connections between what we do here in Atlanta and our impact on the wild savannas of Africa.” Also on the horizon at African Savanna are a new beer garden and a two-level ballroom for special events.

The old elephant habitat has been made over as a home for southern white rhinos, a near-threatened species set to arrive at the zoo sometime in the first half of 2020. Elsewhere at the property, in the Complex Carnivores zone containing giant otters, Chilean flamingos and two-toed sloths, is a species new to the attraction: the mara. The zoo welcomed a pair of the rabbit-like mammals, named Lilo and Stitch, from the Patagonia region of South America in December.

A $100 million addition, currently titled Expansion 2020 and expected to be completed sometime this fall, will add 45,000 square feet to the attraction.

The massive project involves moving the aquarium entrance to Pemberton Place, facing the neighboring World of Coca-Cola, and the creation of a swanky, million-gallon saltwater gallery devoted to those mysterious denizens of the deep: sharks.

“The goal and vision behind the new shark exhibit are to alleviate the stigma surrounding shark species and help our guests better understand some of the most misunderstood things about sharks,” says Paige Hale, Georgia Aquarium’s senior manager of communications. 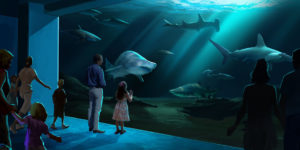 A variety of shark species will be visible through the floor to ceiling windows in the new gallery, which will also feature interactive elements intended to teach visitors all about the cold-blooded creatures.

“Sharks are an apex predator that provide balance and control of the ocean’s ecosystems,” says Hale. “Without them, our ecosystems would swing out of control. Some of the main threats facing sharks are human-made, and we want to educate our guests about how to help them.”

An equally menacing-looking animal is the focus of the aquarium’s new alligator exhibit. Visible from the ground floor of the freshwater River Scout gallery and the second-floor viewing area in Aquanaut Adventure, the structure includes American alligators as well as rare albino alligators.

Also fairly new to the aquarium are Imaq and Whisper, two beluga whales who now make their home in the Cold Water Quest gallery. The aquarium announced in January that Whisper is pregnant and expecting her own new addition sometime in mid-April.

Organizations accredited through the Association of Zoos and Aquariums (AZA) “meet the highest standards in animal care and welfare to ensure a safe and educational family experience,” says Paige Hale, senior manager of communications at the Georgia Aquarium. “AZA-accredited facilities contribute to scientific research that supports the conservation of thousands of species, some of them critically endangered, and annually donate millions of dollars to support scientific research, conservation and education programs.”

Since opening, the Georgia Aquarium alone has educated more than 1 million students through its education efforts and field trips, and has participated in more than 100 research projects that have helped scientists better understand marine life and how to protect it. An example of the latter is the aquarium’s successful mapping of the first complete whale shark DNA genome, research that is providing critical information aimed at one day getting the whale shark off the endangered species list.

“Successful conservation is very complex in that while biodiversity around the world is in decline, there is no single threat facing wildlife and wild places; rather, there are many threats,” says Jennifer Mickelberg, Zoo Atlanta’s VP of collections and conservation. The list includes habitat loss, the illegal wildlife trade and exploitation for the pet trade or for traditional medicines. “Zoos have a unique ability to play more than one role in the big picture,” says Mickelberg, “whether it’s mitigating the threats facing species and their ecosystems, reintroducing some species to the wild, maintaining assurance colonies of endangered species, serving as sources of conservation funding, engaging in scientific research that benefits the global body of knowledge about species’ behavior and biology, or collaborating with other partners.” The zoo’s new African Savanna, for example, involves a partnership with Conservation South Luangwa, a Zambia-based NGO that protects African elephants and other species affected by the illicit animal trade and human-wildlife conflict.

“Caring about species and the challenges they’re facing is the inspiration that can drive people to act for positive change,” says Mickelberg. “And in terms of education, zoos are an invaluable resource. We provide people with the information they need to make informed choices to learn more, or to pursue professions in animal care, conservation or the life sciences. Most people are not going to have the opportunity to take a trip to Africa, so the opportunity to see and make connections with animals firsthand at Zoo Atlanta or at another accredited zoo is an experience people simply are not going to have otherwise.” 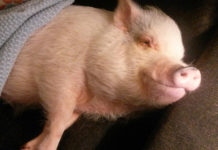