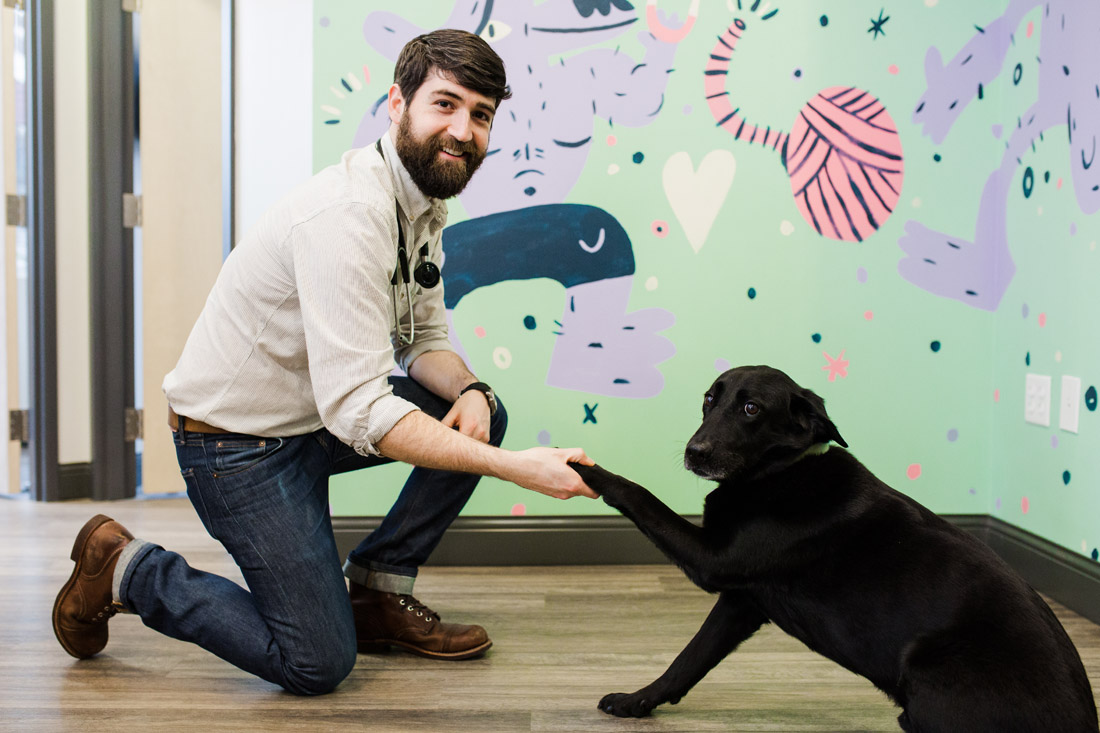 It’s not unusual to hear people bemoan the loss of personalized care and first-rate customer service often associated with small towns, but Dr. John Younker of Common Companion Vet Co. has made it his mission to bring that kind of veterinary care to Atlanta. His Inman Park practice may be located in the country’s ninth largest metropolitan area, but he wants clients and their four-legged friends to know that he’s willing to go the extra mile for them — even in the snow.

During the snowstorm that hit Atlanta last January, Dr. Younker got a call that a feline patient was suffering from an obstruction. The roads were icy and too dangerous to navigate, so he set out on foot from his Grant Park home.

“It was an emergency, drop-what-you’re-doing situation,” he says. “My staff couldn’t get here, so the owner assisted me with anesthetizing his cat and relieving the obstruction with a urinary catheter. But while we were doing that, [the cat’s owner] got a little woozy and started to pass out, so I had to take care of him, too. We couldn’t wait, though. The cat was in renal failure, and if we’d waited even a day, the cat probably would’ve died.”

Such tales are common in Dr. Younker’s line of work. He comes from a long line of veterinarians — both his uncle and great uncle are local vets — and he enjoys that every day on the job is a little different. “I like the excitement that comes with the job and being a jack of all trades,” he says.

Dr. Younker, who treats both dogs and cats and owns a 6-yearold golden retriever named Scout, says he’s long been an animal lover, but he thinks it’s important to provide care and compassion for people, too.

This sentiment makes Common Companion’s clients feel like they’re visiting a small-town vet, even in the middle of a big city.