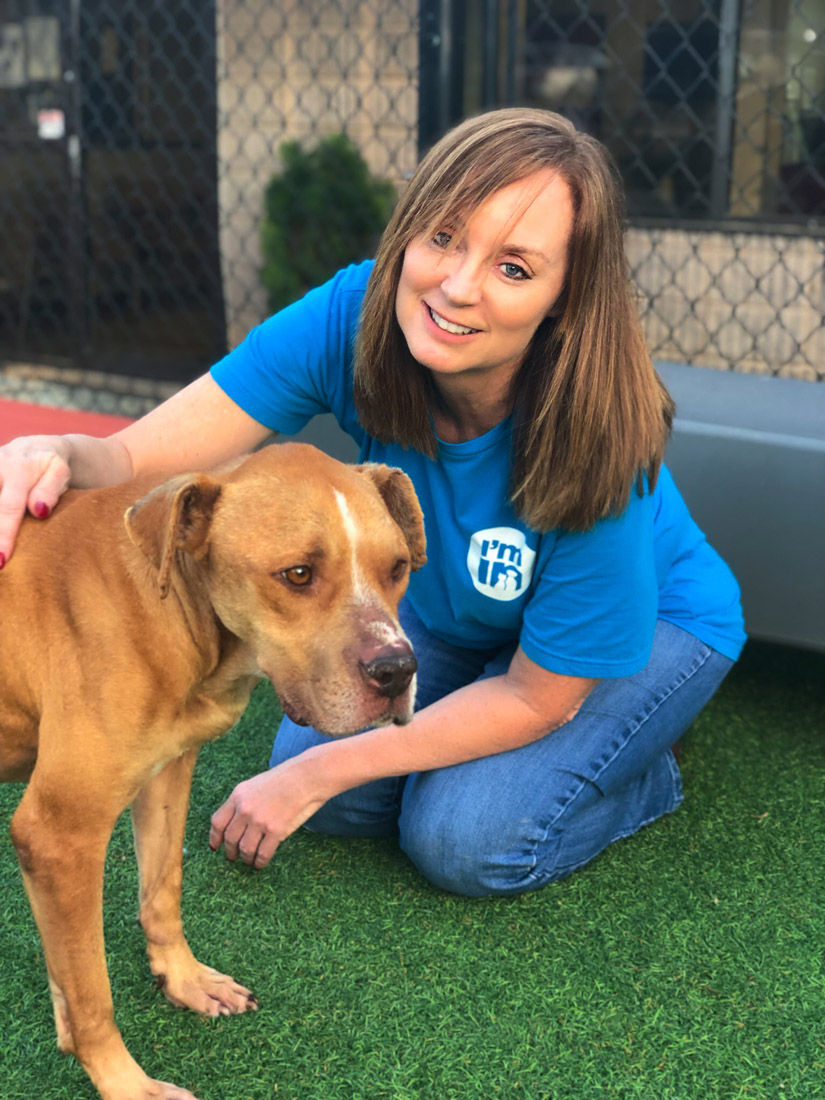 Laurel-Ann Dooley doesn’t run a nonprofit for pets and has never received an award for her volunteerism, but nonetheless, she’s become a rock star in the Atlanta animal rescue world.

“Until three years ago, I was a cat person,” says Dooley, a freelance writer, former attorney and “mother” of felines Bandit and Piper who lives in Virginia- Highland with her husband and daughter. “But when I took some kittens I’d been fostering to DeKalb County Animal Services for delivery to new homes, I saw row after row of dogs vying for attention.

“They looked so lonely, I couldn’t help myself. I stayed and played with one of those square-faced, squat-bodied dogs that resemble a pit bull, the kind that people are afraid to adopt. And I discovered just how loveable they are.”

She later encountered a dog huddled alone on the floor of his run. Dooley sat next to him and lured him out with soft whispers. She became the first stranger to fully earn his trust, and fellow volunteer Amy Caldwell dubbed her “the dog whisperer.”

Dooley travels frequently so can’t adopt a dog but still wanted to become a frequent volunteer. She signed up for “Dog Walking 101” and settled into a routine of walking dogs several times a week. She splits her time between the DeKalb County facility and Fulton County Animal Services, both managed by LifeLine Animal Project, which works to end the euthanasia of healthy and treatable dogs and cats.

It quickly turned into a near daily occurrence. “The more I do it, the more I want to,” she says.

Next, she added “Dog for a Day” where volunteers pick up dogs and take them on day outings to parks or dog-friendly cafes. “The dogs wear ‘Adopt Me’ vests and help spread awareness of the need for forever families,” she says. “I also post their pictures on social media and laminate their photos to hang on their cages. It causes people to stop and take a look at my shy friends.”

She also volunteers as a Weekend Warrior and takes on short-term fosters dogs that are entering the adoption process. Prior to bringing a dog home, she walks the potential pet by the cat cages to see how they’ll react. As for Bandit and Piper, they take the canine visitors in stride.

Over time, Dooley’s reputation as the “dog whisperer” has increased in strength, particularly with dogs that are afraid of human contact. “I’m a shy person so I can relate to them,” she says.

Says Caldwell, “Laurel-Ann’s patience, care and love for some of our most scared dogs make such a huge difference in their lives by encouraging them to trust people and helping to make them more successful once they find their forever homes. Her kindness goes such a long way!”