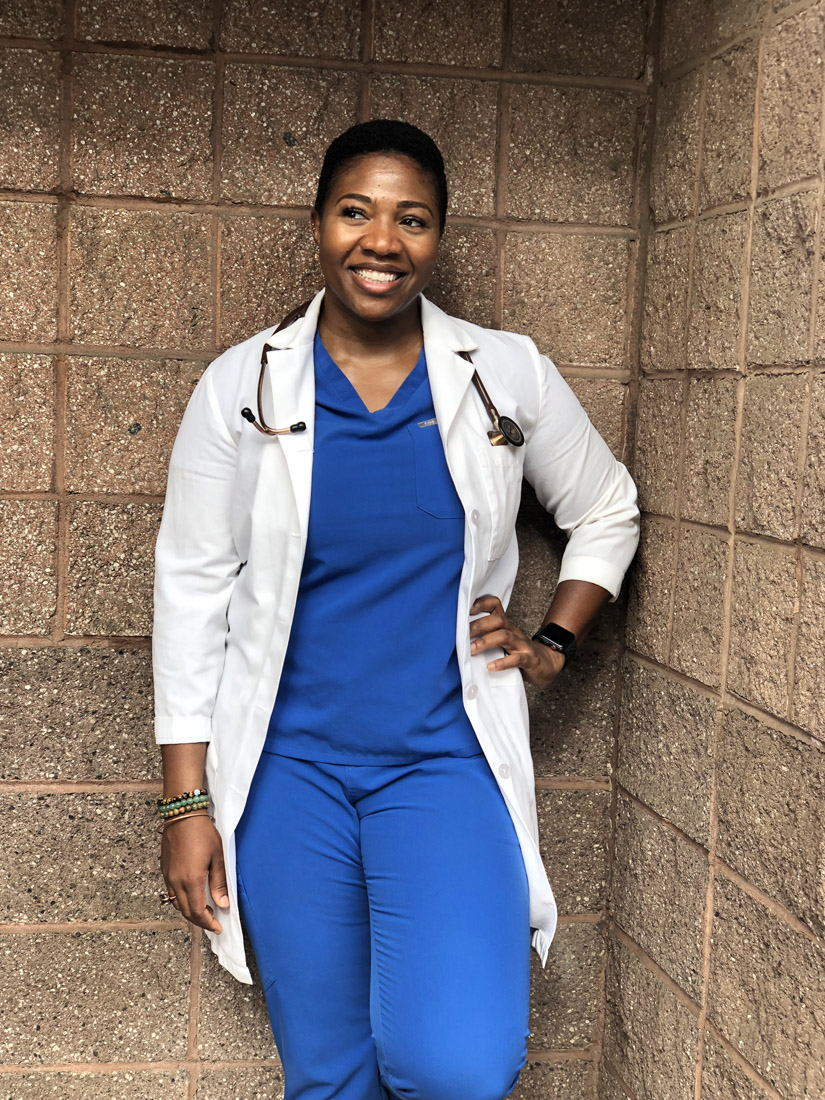 As a child growing up in Brooklyn, New York, Dr. Azalia Boyd rescued every stray animal she could find and hid them in her closet. “Somehow my parents always found out,” she says, laughing.

That love for animals has never waned for the veterinarian at VCA Briarcliff Animal Hospital.

“I wake up every morning at 4 a.m. saying to myself, ‘I get to go to work!’” she says. “By practicing in three departments — emergency/urgent care, surgery and wellness — I get the best of all possible worlds.”

A recent patient that tugged at the Jamaican-American’s heart was an 8-month-old mixed-breed that had swallowed tassels from a leather boot. “There were 50 to 100 tassel strings in that poor dog’s abdomen, and I had to do full abdominal surgery. I’m happy to say, he made a full recovery.” Dr. Azalia Boyd.

Even as a kid, Boyd was never afraid of blood and gore, and took nearly every science course offered in middle school. When she was 11, her parents let her have a cat she named Puss.

One day, her beloved cat brought home a half-dead squirrel and left it on the porch. “I was so distressed, I grabbed my mother’s sewing kit and sewed up the hole left by Puss’s bite. I was determined to make the squirrel well,” says Boyd, who became just as unwavering in her desire to have a career in medicine.

The family moved to Atlanta where she attended Shiloh High School in Gwinnett County and continued to focus on classes in the sciences. Following graduation, she was accepted at Tuskegee University in Alabama and majored in Animal and Poultry Sciences at the Historically Black Colleges and Universities (HBCU) institution.

She also became involved in the pre-vet club and was able to network with others in the field. Her dream of a career in medicine became reality when she was accepted to the Tuskegee Veterinary School where she worked as an assistant teacher for students in pre-vet classes and mentored high school students in math and the sciences.

After earning her degree, Boyd completed an emergency, surgery and internal medicine internship at Friendship Hospital for Animals in Washington, D.C. before moving back to Atlanta so her son, Ziyad, could be closer to his grandparents.

One of her focuses is on the animal human bond. “I like to see what I can do to help strengthen it,” she says. “For example, an owner may come in aggravated with her cat that’s peeing all over the house. We start with a urinalysis to rule out infection and disease, then try to figure out what has changed.”

Boyd lives in Decatur with her son and American bulldog, Doobie.