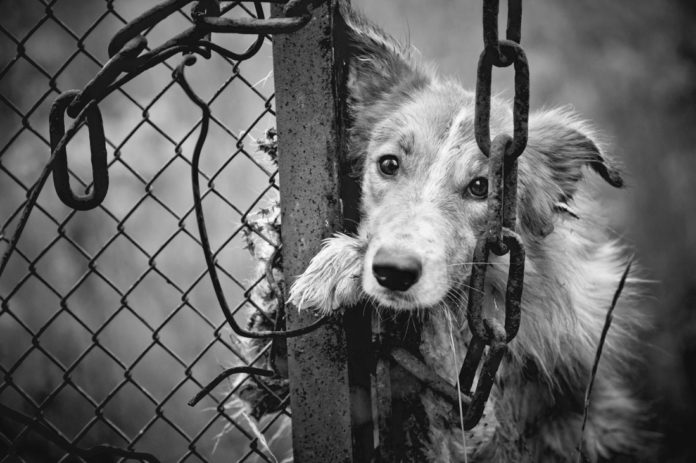 Animal abuse is a crime. However, in the world of law enforcement and prosecution, animal cruelty issues have been more of a peripheral concern, often leaving animal related offenses in the hands of animal control or other Humane Society organizations.

Meanwhile, family violence and other human-related crimes are typically handled by human services agencies. Professionals in these fields have had little encouragement to work together — until now.

Today, there is an undeniable link between abusive acts towards animals and crimes involving humans, including domestic violence, child and elder abuse, gambling, illegal firearms possession and drug trafficking. When animals are abused, people are at risk; when people are abused, animals are at risk. Knowing these forms of violence are linked, it is important the agencies involved understand their roles in communicating, collaborating and reporting with each other.

Violence towards animals, just as with humans, can take the form of physical, sexual or emotional abuse or neglect. While most animal cruelty investigations involve unintentional neglect, many uncover intentional neglect and abuse. It is all too real with the news stories in Georgia when we learned a professional sports player allegedly kicked and killed his girlfriend’s dog in an act of domestic violence. We’ve read in DeKalb County a story about a dog being hung over a bridge intentionally, and in Fulton County, about 132 dead and rotting cats inside a home in an affluent Alpharetta neighborhood. In the national news, we heard how a former TV news employee in Virginia killed his two cats and buried them in his back yard before shooting and killing his former colleagues on live television. These stories are just the tip of the iceberg.

Animal abuse is very real and very pervasive in our society. It permeates all ages and socioeconomic statuses. In domestic violence, child abuse and elder abuse cases, actual or threatened animal abuse can be a way to demonstrate power and control over the family, or a way for the abuser to silence victims about the incident. Hoarding animals, especially by elders, has been linked to mental illness and public health and safety concerns, demanding coordinated efforts of multiple local agencies. Dog-fighting is a dangerous problem that has been linked to guns, gangs, drugs and gambling.

And it’s not just about intentional acts of violence. Many elders try to provide loving care for their pets but lack the financial resources to do so. As a result, many companion animals suffer, or the person neglects his or her own well-being to take care of an animal. Children who witness animal abuse and neglect can have devastating lifelong emotional issues and could also, in turn, grow up to perpetuate the abuse.

The biggest problem in Georgia is we are not unified in the way we handle these cases. There is a lack of understanding about how to process cases within the system and how to cross-report concerns across agencies. Training on these issues is vital. The Animal Law and Enforcement Symposium held every fall at the Georgia Bar conference aims to do just that. More on the conference is available at animallawsource.org.

Animals are often the subject of civil and/or criminal court proceedings, and sometimes, unfortunately, the professionals in the courtrooms, through no fault of their own, lack sufficient knowledge and experience concerning animal laws or how to handle cases involving an animal.

Have you ever wondered what court would hear your case?

People’s Court, Family Court, Traffic Court — these are terms referring to courts that specialize in an area of law or handle a group of people or case. It does not mean there is a special building or new courtroom to handle these cases; rather, it refers to the professionals who have been trained in specific areas of law to handle special cases in courtrooms across the state. These specialized courts evolved over time for a reason. People’s court refers to a court that hears civil cases where parties typically represent themselves, without attorneys. The precursor to family court was really child or juvenile court, but today, it has become a tribunal for every family-related dispute. The professionals working in family courts have special training and a greater understanding of the nuances related to domestic legal matters including divorce, child custody and domestic violence. If a family court has not been officially established in a jurisdiction, then perhaps the precursor is assigning a “special prosecutor and/or judge” specially trained in domestic laws and domestic violence to hear these cases. Why not do the same for animal cases? Often, I am asked, “What courts hear cases involving animals?” In typical lawyer fashion, I give the “that depends” answer. First, it depends on whether the case originates from criminal activity or a civil dispute between parties. If a dispute arises between parties, a civil action arises. If the civil action is connected to a criminal activity, the plaintiff in the civil action may include “punitive” damages on top of the actual damages. Punitive damages are sought to punish the wrong doer and actual damages are to make the plaintiff whole. If criminal in nature, which court will hear these cases will depend on the facts, level crime and how the defendant (or perpetrator) was charged. Let’s say a person has failed to provide shelter to a pet, and the pet is showing signs of neglect. This is a misdemeanor crime in Georgia. He or she will either be charged with a simple ordinance violation (misdemeanor) or possibly a state misdemeanor violation, depending on the facts and whether the local county or city has animal ordinances. An ordinance violation would most likely be heard in magistrate (county) or municipal (city) court. Even though we have around 400 magistrate courts in Georgia, some localities do not have a magistrate court or use courts called environmental or recorder’s court. And here is a little factoid: Approximately 30 percent of the 159 counties in Georgia do not have animal related ordinances whatsoever, so crimes related to animals would have to be charged as state law violations and heard in either state court (misdemeanors) or superior court (felonies).

In criminal cases of animal cruelty or neglect, animal fighting, animal abandonment, dangerous dogs, dog at large, nuisance animals, anti-chaining and the use of animals in the commission of crime, the correct court depends on the level of crime and how it was charged. For a simple infraction of the law, and if animal ordinances exist in the jurisdiction, an ordinance violation may be appropriate. If a person violates a state misdemeanor, an arrestable offence, then the case is usually heard in state court. Prosecutors have discretion to bump a simple ordinance violation to a state charge that offers a more stringent sentence. If the case facts support a felony charge, such as aggravated animal abuse, dog fighting, repeated offenses under the Responsible Dog Owner Law (aka dangerous dogs law), malicious intent or using an animal in the commission of a felony, then the cases will be in superior court. The punishment for these types of crime varies. Ordinance violations (misdemeanors) are considered minor and are not reported to the Georgia Crime Information Center (GCIC) as a criminal history. Citations versus arrests are the norm, and fines vary from nothing to $1,000. State law misdemeanors, heard in state court, are arrestable offenses and may include a fine of up to $1,000 and one year in jail, or both. Felony violations, heard in superior court, are arrestable offenses and may involve fines above $1,000 and more than one year on jail, or both.

Twenty-five years ago, animal law was an optional elective taught in law schools. Now, almost every school offers animal law courses. Prosecutors, judges, civil attorneys and law enforcement recognize the need for special training in animal cases and the importance of keeping up with the changing tide of more progressive animal laws added every year. It took decades to finalize the concept of “family court” that benefit victims and our society. I see pet courts on our horizon.