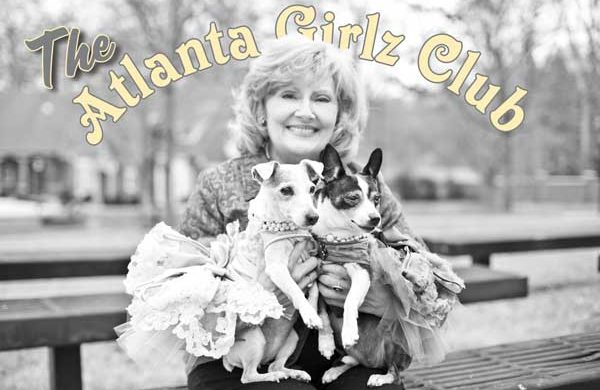 Maybe you’ve heard about them. You may have even seen them if you’re active in the Atlanta pet scene. They’re the Atlanta Girlz Club and if you know what to look for, they’re pretty easy to spot. They’re at pet events, shows and fundraisers all across Georgia, South Carolina, and North Carolina wearing only the finest of doggy dresses and they raise money for pet charities around the country. They’re Atlanta’s premiere pet fashionista philanthropists.

The Atlanta Girlz Club has three members: Lucy, Holly, and Kathi. Lucy, the natural born starlet of the bunch, is a 14-year-old Jack Russell Terrier; Holly is the slightly more reserved Rat Terrier; and Kathi is their stage mom, chauffeur, and wearer of many hats in the Atlanta Girlz Club operations. As the only member of the team able to speak, Kathi tends to use the royal “we” while speaking about the Atlanta Girlz Club: “We really are a family unit in all of this and I want to get that across when I talk about the things we do.”
What they do is shine under the spotlight.

Kathi and the Girlz burst onto the Atlanta Pet Lifestyle scene a few years ago when they started getting attention for their lavish dresses and costumes. Dogs in beautiful outfits are one of the few remaining non-controversial things in the world and people loved them. Their outfits got attention not only from people in the shows but also from the Atlanta pet lifestyle press; Kathi and the Girlz and have been prominently featured in previous issues of Atlanta Pet Life as well as The Atlantan Modern Luxury Magazine and Simply Buckhead Magazine. Even outside of the pet magazines, Lucy and Holly have made Atlanta magazine’s list of “Hottest Hounds” and have even shown up on CNN’s “Dog Day” special. The Girlz enjoy hosting extravagant, fun-themed doggy birthday parties where their guests receive the gifts and pet food donations are given to local shelters.

One thing led to another and soon they were being invited to show up to pet events and doggy fashion shows. “There wasn’t really a goal that got us started. We just wanted to get out and socialize with other pet owners and pets. We received a really good response.” Kathi, obviously floored looking back at how well received Lucy and Holly were received at these events, said, “It’s really been one of the most humbling experiences of my life. We had this idea that maybe we could use some of the attention we were getting and put it to some good use.”

This drive to put that attention to good use was where Kathi and the Girlz came up with their two mottos: “Fashion, Fun, and Fundraising” and “Being Kind is the Way To Go”. The Atlanta Girlz Club born fashionable and fun so fundraising was the next step of the equation. As they discovered and are quick to remind people, fundraising doesn’t need to be hard. “We’ve been blessed with the opportunity to work alongside charities in the area,” Kathi said while showing pictures of various fundraising events that the Girlz Club attended in costume. “We realized that there’s a lot more you can do for charities than just raising money. If you can show pet owners that it is easy to show up and raise awareness and help, that pays back in a big way even if it’s only a little at a time.”

It’s no wonder that Lucy and Holly receive such praise from the Atlanta pet community for their outfits. “I’m pretty sure they have more clothes than me at this point,” Kathi pointed out. “Our house sometimes feels like a pet boutique.” When you look at the sheer number of outfits they’ve been seen in, it’s easy to imagine the size of the furry fashionistas’ wardrobes. Kathi is aware of the ever growing scope of their fashion portfolio: “I don’t really have vices apart from buying clothes, hats, jewelery, and accessories for my girls.” More than that, as frequent readers of Atlanta Pet Life will know, dogs need different outfits depending on the weather. Kathi pays close attention not only to if the outfit will suit the weather but also how Lucy and Holly react to their outfits. “It’s really easy to tell whether a dog enjoys being in an outfit or not,” she said, “if Lucy or Holly shows any signs of disliking their outfit, I don’t hesitate to help them out of it.”

For Kathi, the idea of dressing up animals means more than just having them look good in a little dress. “There’s a sense some people have that putting clothes onto dogs makes them into a fashion accessory; I disagree,” Kathi pointed out, “I think it humanizes them. I think that there’s something about clothes that are uniquely human and when you put them onto an animal, it makes you regard them as more than just an object.”
If they had to choose one lesson that the Atlanta Girlz Club are trying to instill in people, it’s one near and dear to many Atlanta Pet Life readers: the value of animals in our lives. “It still boggles my mind how some people can think of animals as fashion accessories,” Kathi said, “Having had the opportunity to do so much with Lucy and Holly, it just goes against everything I know.” Kathi is a firm believer that our pets connect with us and with the people around us in ways that are hard for people to replicate. “There’s a power animals have to connect with us. My mother was in a retirement home before she passed and Lucy, Holly and I would visit her,” Kathi said, “One of the attendants was wheeling a resident with very late-stage Alzheimer’s disease  past us in a wheelchair. Lucy went over to her and started licking her leg.” The elderly woman, who at that point had extreme difficulty speaking looked at Lucy and said, “Pretty.” Kathi asked the nurse for permission before depositing Lucy on the woman’s lap. “That’s the power I think pets have. They’re able to make these connections immediately.”

Kathi might have managed to say it best: “The rewards pet companions bring into our lives are just light years away from anything money can buy.” Whether it’s looking great in a doggy ball-gown or raising money for charities, the Atlanta Girlz Club are out there spreading that message. 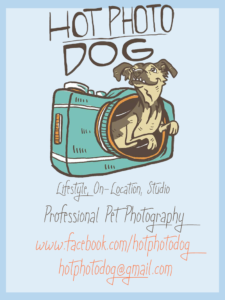 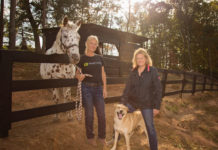 Rescue is a Family Affair 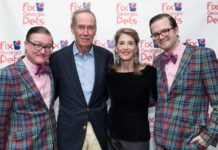 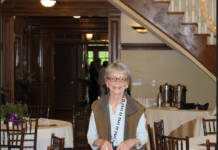