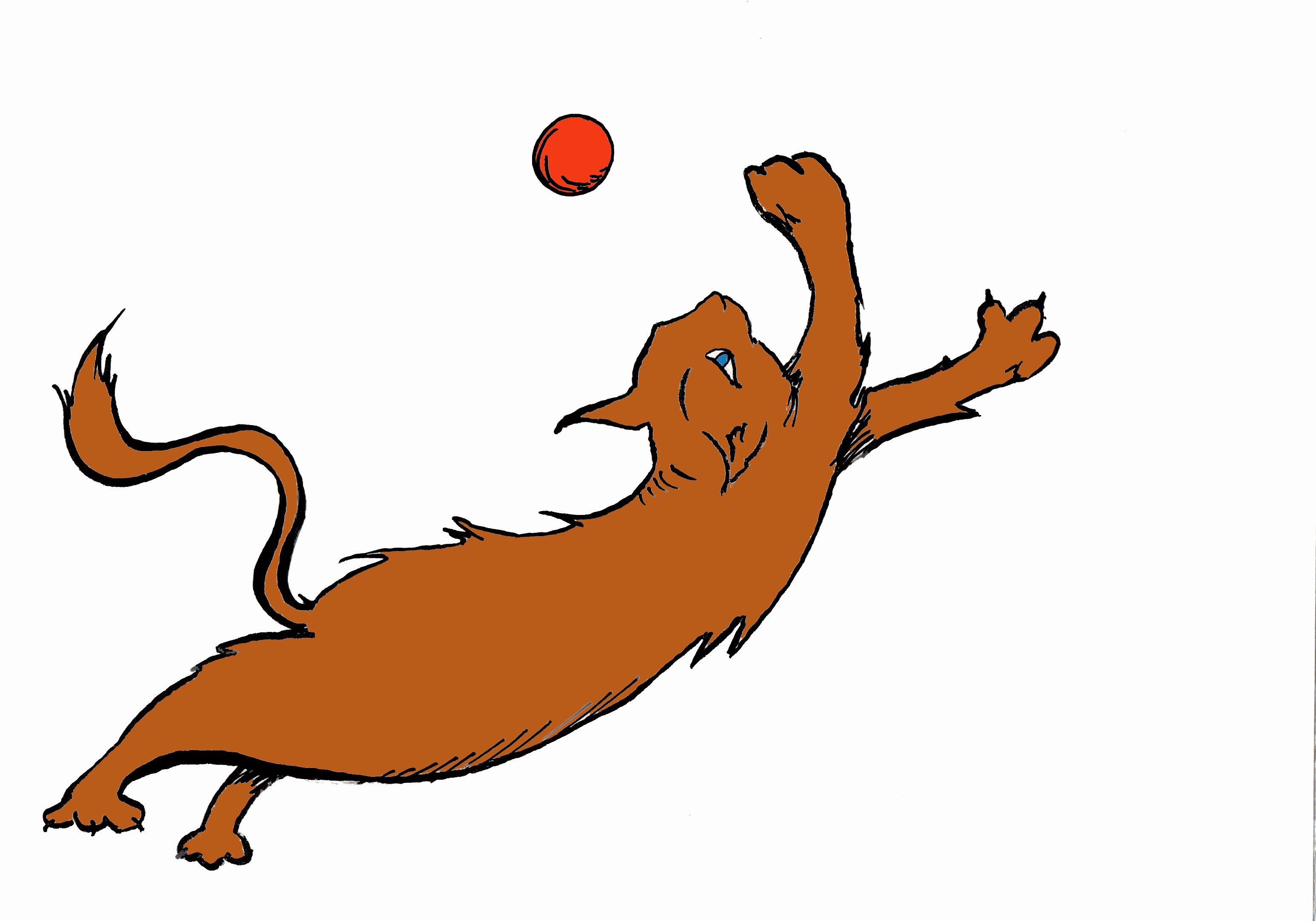 coach your cat to better health with play 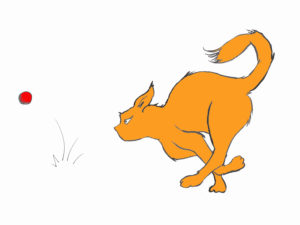 Few creatures are more gifted natural athletes than the cat. From almost the moment their eyes open at around one week of age, these feline mini-Olympians are on the move: wrestling with siblings, pouncing on Mom’s tail and shimmying up the curtains.

In fact, cats’ athletic abilities put those of even our finest sports heroes to shame. With absolutely no training, a domestic cat can achieve running speeds of 30 miles per hour for short sprints, fast enough to make Usain Bolt weep. Cats can regularly make standing jumps of five or more than five times their height)—LeBron can only dream. And their pirouettes on stair railings, headboards and bookshelf edges would inspire envy in gymnasts from Olga Korbut to Gabby Douglas.
But much like humans, cats exercise naturally when young and tend to slow down as they age, opting to lounge on the couch with their people, binge-watching “Game of Thrones”. Unfortunately, this makes them prone to many of the same ailments seen in sedentary humans, including weight gain, muscle loss, diabetes, depression and cancer.
Although they are exempt from virtually all other known laws of physics, cats are actually subject to Newton’s first law of motion: a body at rest tends to stay at rest. Getting your kitty up and active may take some effort for both of you, but the upside is that it will improve your bond while it gets both of you moving.
Solo play is important as well, and the simplest way to encourage this is with toys. Find a few that your cat enjoys and leave one or two out every day, changing up the selection frequently to prevent boredom. Balls contained on an enclosed tube and pom-poms or feathers mounted on springs are often a big hit.  Pet supply stores have a dazzling variety that goes way beyond catnip mice or foam balls, but crumpled paper or milk jug lids work too. Just make sure toys don’t present choking hazards or contain toxic dyes.

Before starting an exercise program, be sure your cat is healthy enough for increased activity. Particularly if your cat is overweight, start slowly, keeping initial sessions brief and gradually increasing the amount of time spent.  Don’t make activities too strenuous at first and delay or avoid those that can stress joints, such as climbing stairs or jumping.  Always watch your cat for signs of fatigue, such as panting, and stop immediately if they occur.

String Chase
A time-honored favorite. Just cut a length of string or yarn and set off, dragging the end behind you. Throw in some U-turns and zigzags, letting your feline athlete catch the end every now and then. Cats find it especially enticing if you pretend you don’t know you’re being followed. 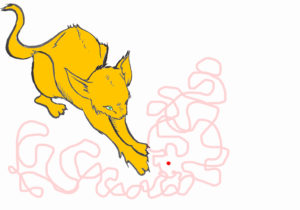 Laser Pointer Chase
Click the pointer on, trace some random patterns on the floor and watch your kitty go nuts. Just remember that momentum can propel your cat into a wall or table in a heartbeat—dangerous not only for him, but also for any breakable items in the vicinity, like that crystal dish from your mother-in-law. 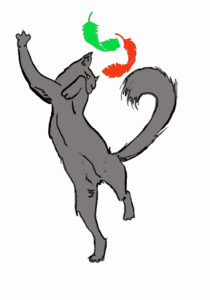 Feather Wand Chase
Feather wands really let a cat show off her athletic skill.  Toys with short handles put you close to the action as your cat shows off her agility, speed and jumps, and long-handled models tests her endurance by taking the game on the move.

Kitty Soccer
Find a clear space, roll a lightweight ball across the floor and let your kitty give chase—Real Madrid wishes it had a goalie this good. You’ll get a workout by retrieving the ball for subsequent rolls, as this is a job cats leave to their trainers. 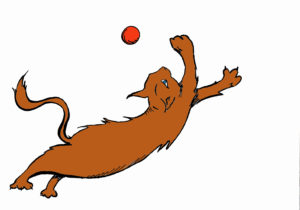 Bathtub Hockey
Drop a Ping-Pong ball into the bathtub and let the fun begin.

For cats that are more motivated by food, try the snack pursuit:  Offer your cat just one individual treat or bite of their usual meal, then go to another part of the house and repeat the process. When you’re done, your cat will have logged some significant walking time.

Your cat loves to scratch, an activity that tones almost every muscle in her body as she

hones her claws.  A sturdy scratching post is a good investment in your cat’s—and your furniture’s—well-being. Climbing towers go one step further by allowing her to indulge the urge to find a vantage point for watching (and judging) her surroundings.

Atlanta artist Michael Hughes’ formal background in art began at the University of West Georgia with a degree in sculpture, and he has also studied at the High Museum of Art. 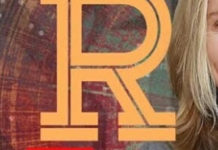 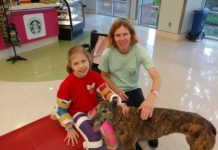